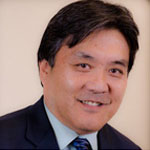 A native of Orange County (and whose family first settled in Fountain Valley in 1906), Kerry graduated from the University of California with honors and obtained his JD from Loyola Law School (Los Angeles). Admitted to the Bar in 1979, he started his own law firm in 1990 and has specialized in Construction law/litigation for the last 3 decades. Something of an expert in his field, he has authored 18 articles in various publications (among others, California Geotechnical Engineers Association, Southern California Builders Association and Builder & Developer Monthly) and spoken before the State Convention of the Consulting Engineers & Land Surveyors of California, National Association of Women in Construction, Construction Financial Managers Association, National Electrical Contractors Association, McDonald’s Corporation, Association of Credit Executives, Century 21, Associated General Contractors and the Southern California Electrical Showcase on Mechanic’s Lien Law and Construction Law developments.

In reflecting on the unique niche of ABAOC which he helped found in 1992, he has watched it grow into this generation’s strongest minority non-profit in Orange County. It has bridged the gap that lies between Government and Big Business, on one hand, and Asian Small Business on the other. For Kerry Osaki, it never gets old – it is, as it has always been, about the journey and the wonderful people that he has met along the way.