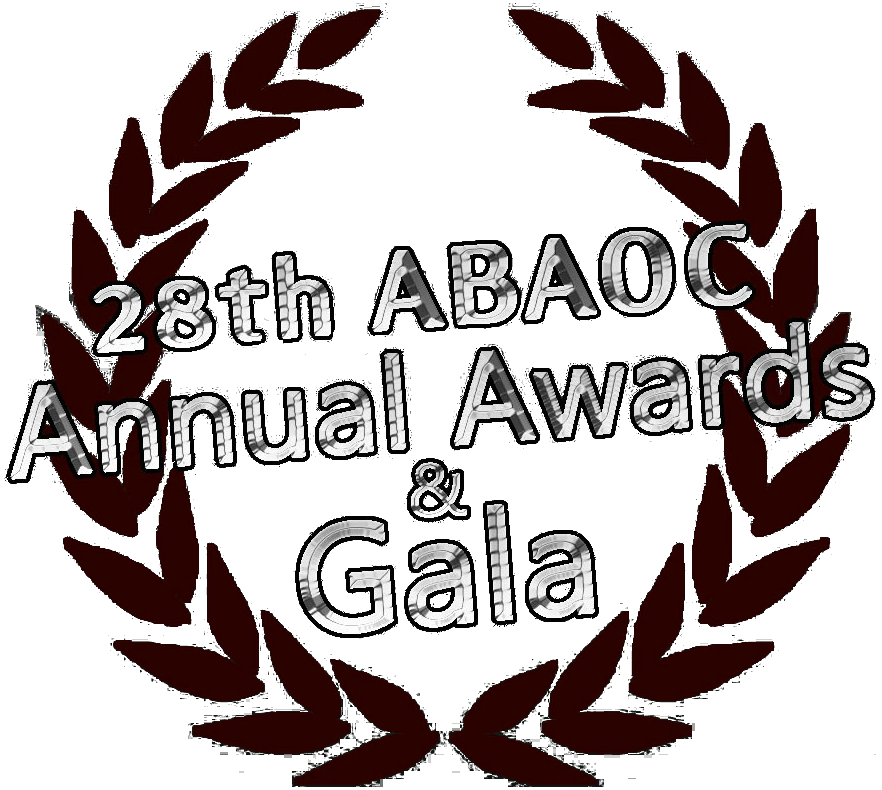 This is the 28th year Celebration of ABAOC, and the recognition awards and Induction of the 2020-2021 Officers and Board Members. This year’s Gala is dedicated to Asian American Entrepreneurs who together, can work towards bigger and better years to come — encapsulating the theme of this years gala: “Evolution”. 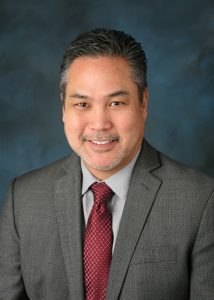 Erik Takayesu is vice president of Transmission, Substations and Operations in the Transmission and Distribution (T&D) organization at Southern California Edison (SCE). He is responsible for all substation and transmission construction and maintenance, as well as transmission and sub-transmission grid operations, including system performance, reliability, compliance, and emergency response and restoration.

Erik has worked at SCE for more than 27 years in various leadership roles. Most recently, he served as managing director, Integrated Innovation & Modernization, responsible for developing the company’s strategy and technical capabilities for the future electric system to meet the state’s ambitious goals to reduce greenhouse gas emissions. Takayesu also has overseen SCE’s grid technology research and development, leading to major investments and programs for the company’s grid modernization efforts. He has held multiple positions during his career at SCE that include leadership in Distribution Engineering, System Planning and Grid Operations over bargaining unit operators and field personnel.

Erik is a member of the IEEE Advisory Board of the Power and Engineering Society, as well as an executive planning committee member for Western Energy Institute.

Erik earned a bachelor’s degree in electrical engineering at California State University, Long Beach, and master’s degree in organizational leadership at Gonzaga University. He is also a licensed professional engineer in the state of California.


INDUCTION OF BOARD OF DIRECTORS 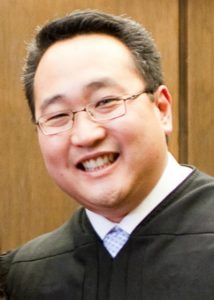 In August 2010, the Honorable Richard Y. Lee was appointed by Governor Arnold Schwarzenegger to serve as a Superior Court Judge in Orange County, California. With his appointment, Judge Lee became the first and only Korean-American judge to serve in Orange County.

Judge Lee has served as a judge in a variety of capacities. Judge Lee currently presides over unlimited civil matters. He previously presided over criminal matters including felony and misdemeanor proceedings, juvenile delinquency matters and juvenile dependency matters. Judge Lee also served as the Supervising Judge of the West Justice Center from 2015 to 2018. In addition, Judge Lee previously presided over appellate matters as a judge on the Appellate Division of the Superior Court.

Prior to becoming a judge, Judge Lee worked for approximately 10 years as a federal prosecutor for the U.S. Attorney’s Office in Los Angeles and Orange Counties. As an Assistant United States Attorney, Judge Lee prosecuted the full range of federal offenses. In addition, Judge Lee was a founding member of the then newly formed National Security Section. Judge Lee also worked as an employment litigator at Paul, Hastings, Janofsky, & Walker LLP and previously clerked for two Superior Court Judges in Los Angeles.

Judge Lee earned his law degree from the University of Southern California Law School and his undergraduate degree from Stanford University. 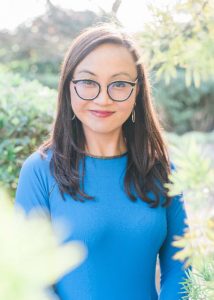 Tammy Tran has over 15 years of experience working in government, election campaigns, community outreach, media, and nonprofit organizations. She has spent her career serving the underserved and promoting civic engagement. She is currently the Senior Manager for Community Engagement, Local Public Affairs at Southern California Edison. (SCE). Prior to coming to SCE, she served as Deputy Chief of Staff and District Director to then California State Senator Lou Correa. She has worked as a campaign manager, executive director for a nonprofit, policy advisor to a member of the Orange County Board of Supervisors, and field representative for a California State Assembly Member. Tammy is currently an active board member of Orange County Youth, Vietnamese Alliance to Combat Human Trafficking, and the Center for Asian Americans United for Self-Empowerment. A proud product of Orange County public schools, Tammy earned a Bachelor of Arts in International Relations and Masters in Public Administration at the University of Southern California. Tammy and her husband live in Little Saigon and are the doting parents of two active bilingual world citizens, Annalise-Quynh & Viet-Zander. 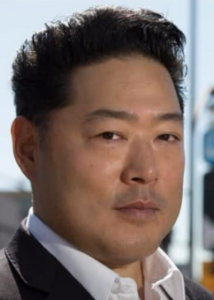 Alexander has been appointed by the Governor as a State of California Commissioner on the Board of Behavioral Science, in addition to having served on the Board of Naturopathic Medicine (2016-2018) and the Board of Optometry (2011-2016). Alex also has been active as a Community Advisory Commissioner under the County of Orange District Attorney Tony Rackaukus since the late 1990’s. 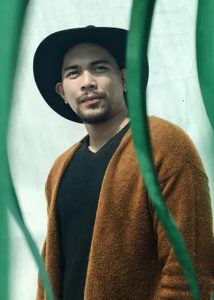 Felson Palad is a resident artist at The Upper Room! Felson’s love for singing began when he was a child as he would sing to his mother to help her wind down at the end of the day. Now, he performs all over the world to various groups for the purpose of encouraging and building others up in the faith of the gospel of Christ. Felson is a gifted singer in the genres of Pop, R&B, and Gospel music. So far, he has one album, called In The Palm of His Hand, which he recorded along with his sister Sheena, and is presently working on a second solo gospel album, which is due to be released in April, 2019.

Felson has been involved in directing and performing in concerts for various ministries throughout the years, such as Brand-New Day, Music for Life, Home of Joy Orphanage and the We Exalt You Jesus Foundation. He is currently helping at the South Pasadena Christian Church as a part time worship leader. Felson has always had a heart for working with the youth and it is his prayer to use his musical abilities to evangelize and build up the body of Christ.

The Upper Room is happy to endorse Felson’s giftedness as he continues to use his passion of music to bless and encourage those who hear him. 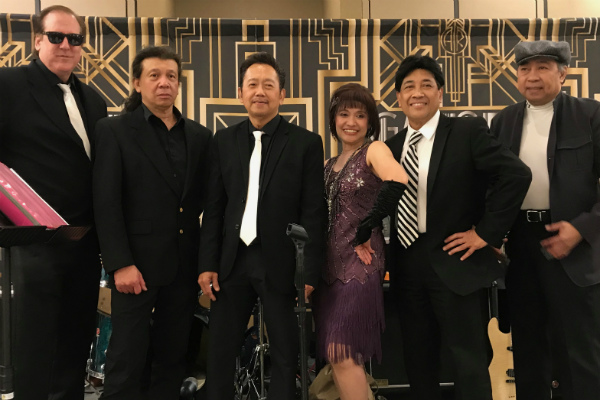 With over 22 years of combined experience in the music industry, LEGACY 2.0 delivers the hottest party package to the L.A. area and beyond. The 5-piece professional line-up packs high energy, feel-great punch of a performance to keep the dance floor packed in any type of event. From ballroom party classics, Latin favorites to the top hits of today, the band carries out the legacy of the most popular dance music throughout the decades. The band proudly directed by a dynamic music graduate and sports teacher by profession, Mike Young and lead vocalist Cory Key, combined Rhythm Section with unsurpassed vocals, harmonies and you’ve got a fan favorite, top shelf musical cocktail. The team of talents has set the musical bar high, mastering the art of live stage entertainment.

Band Members
Mike Young – Music Major, full time musician and also a sports teacher by profession.
Scott Parker – vocals and lead guitarist and graduate of Music Institute where he is currently employed as a guitar instructor.
Willie Valbuena – bass guitarist, leads and handles the band’s booking, but is a civil engineer by profession.
Sonny Dichosa – a structural engineer by profession but a talented vocalist and drummer.
Cory Key – by profession an accounting manager, the lead front vocalist with a soulful captivating voice killing you softly with her songs. 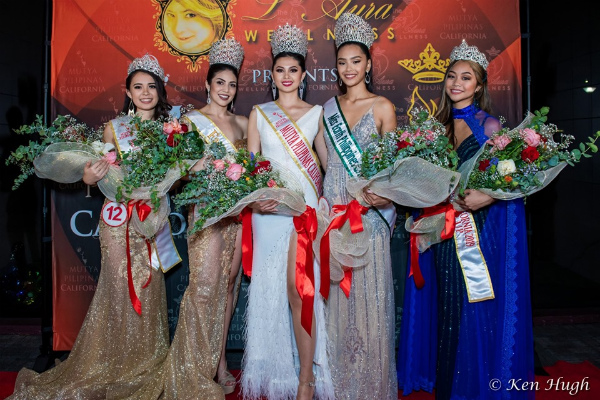 Congratulations to the Awardees of the 28th ABAOC Annual Awards & Gala!

Corporate Advocate of the Year Award

Visionary Company of the Year Award

Entrepreneur of the Year Award

Presidential Awards of the Year