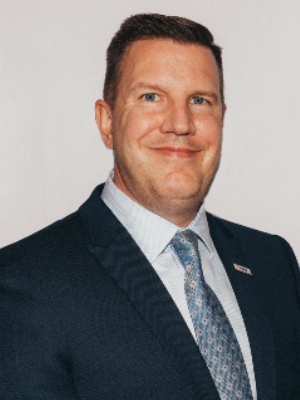 Chris R. Venhoff is a Senior Vice President at U.S. Bank and currently serves as the Consumer & Business Banking Leader for Orange County. Chris has over 23 years of experience at U.S. Bank and has held numerous leadership positions during that time. He has served on numerous local non-profit boards and is passionate about giving back to the community. Chris proudly serves on the board for our local Big Brothers Big Sisters organization. Chris also serves as the Management Advisor for the U.S. Bank Orange County Development Network. In his free time, Chris enjoys spending time with his wife and son and loves to attend local sporting events. 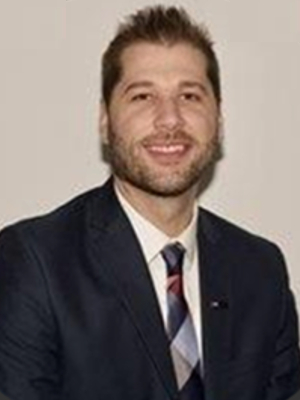 Thayne Parkinson is a Vice President at U.S. Bank who serves as the Consumer & Business Banking Administrative Manager for Orange County. Thayne has over 15 years of experience in the financial services industry and is currently responsible for strategy and implementation of key initiatives that help ensure financial needs are met for consumers and businesses throughout Orange County. Thayne manages a team of individuals that assist in the growth and engagement of employees and mentors on occasions where employee development is needed. Additionally, Thayne is a certified Gallup Strengths Coach. With this certification, Thayne is able to coach U.S. Bank employees and larger teams by identifying and leveraging their natural strengths which assists in greater engagement at work and satisfaction in life. Thayne’s passion in this area also affords him the opportunity to work with employees in the nonprofit space so they also can benefit from greater efficiency, productivity, and engagement. Thayne is an active member of many Business Resource Groups, including serving as Ambassador for the Women’s Business Resource Group in Orange County, which supports diversity, equity and inclusion. In his free time, Thayne enjoys watching and playing sports, traveling and spending quality time with his family. 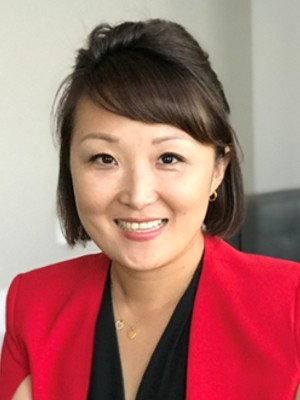 Amanda Ma is the Founder and Chief Experience Officer of Innovate Marketing Group, an award-winning experience agency based in Los Angeles that provides full-service event management service for top brands such as TikTok, East West Bank and Facebook (Live, hybrid, virtual). Through her leadership, the company has flourished into one of the most distinguished experience agencies both locally and nationally. Her vision is to help fuel brands to change lives for the better. Amanda has 17+ years of experience in business, event management & marketing industry. As seen on Inc, Bizbash, Meetings Today and many others. She was named “Top 100 Most Influential People in the Event Industry Globally” by Eventex and Bizbash Top 500 most influential event professionals in the US. She is recognized for her business and philanthropic work in the community. Since March 2020, her agency did more than 250+ virtual events.

A collaborative leader, she is consistently sought out as a trusted strategic advisor. She currently sits on the board of Entrepreneur Organization- Los Angeles as the Diversity & Inclusion Chair. A strategic Advisor to The Diversity Advisors. Emeritus Chair of the Asian Pacific Community Fund and board of California Events Coalition. Board of Asian Business Center Los Angeles. She is a big champion for diversity & inclusion. When she is not working with the White House or secret service, you can find her spending time with her family or traveling. 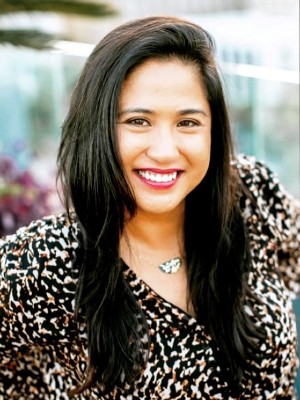 Marlene Nantell is the Vice President of External Affairs for the Southern California Minority Supplier Development Council, a non-profit organization headquartered in Downtown Los Angeles that provides minority entrepreneurs opportunities to compete for large corporate contracts by providing MBE Certification, as well as professional development programs, relevant workshops and networking events. In addition to helping grow the number of Minority Businesses and Corporate members, her role is to represent the council at various diverse business events; present on the value of certification; cultivate and maintain relationships with entrepreneurs, partnering organizations and Corporate sponsors; create and develop programs and services for MBEs, specifically seeking to build capacity for large contracts; provide opportunities for entrepreneurs to partner and build their businesses through networking; work closely with the Minority Business Entrepreneur Input Committee (MBEIC), a standing committee of the SCMSDC Board of Directors, and ensure that MBE Certification is in compliance with national guidelines under the National Minority Supplier Development Council (NMSDC). Marlene plays a vital role in the strategic development of the council, and is skilled in Project Management, Event Planning, Program Development, Fundraising, Strategic Planning and Entrepreneurship.

Marlene is a Board member and Executive Secretary for the Asian Business Association of Orange County (ABAOC); sits on the USC Economic Advisory Committee; a member of the Corporate Advisory Board for the American Indian Chamber of Commerce (AICC); and a member of the National Association of Professional Women (NAPW). She received her undergraduate degree in Communications from the University of La Verne and her Master’s degree in Social Science from Humboldt State University.

She is an Executive Board Member of the Longfellow Elementary PTA and Lakewood Village Little League Auxiliary Committee, and can be found riding her bike or gardening at her home in Long Beach, CA where she lives with her husband and young son. 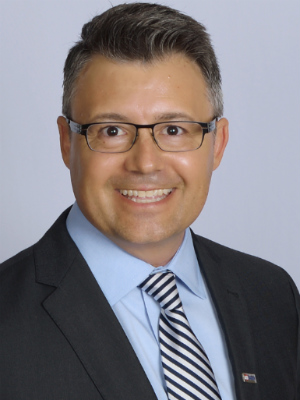 Damien Pirro is currently the Senior Vice President and Business Banking Regional Manager for Orange County. Prior to this role he built out and managed the Southern California Emerging Business Banking team. He has been in banking for 18 years spending time in both mortgage and business banking. Prior to joining U.S. Bank, he spent 8 years at Chase also managing business banking.

Outside of work, Damien enjoys spending time with his wife and 4 children. He loves food, trying new restaurants, and hosting dinners. He also likes working out to off-set his love for food, really enjoys basketball and tennis. His favorite show – The Office. 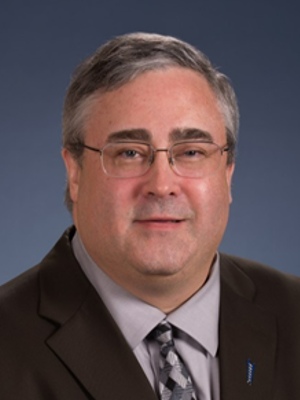 Andrew Mort, the Head of SBA and Government Lending, is responsible for leading the Bank’s focuses on banking small businesses under the lending programs of the SBA and other federal, state, and local government agencies. In his dynamic career he has over 30 years in banking and has 20 years of direct experience working with the SBA initially in business development and later in management.

Andrew graduated from Rochester Institute of Technology in 1991 and holds an MBA along with degrees in Computer Science and Economics. He holds a certification from Robert Morris Associates for completing their credit program. 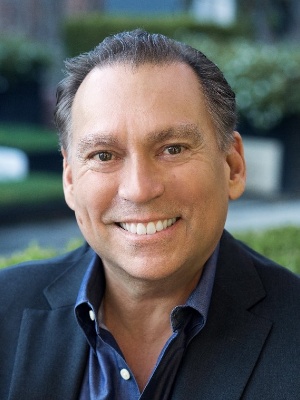 Mark Morales is a Vice President of SBA Lending at City National Bank. Mark has over 20 years of business banking experience and specializes in SBA financing and loan programs for diverse owned businesses. Mark is assisting City National Bank with their supplier diversity program in conjunction with RBC, RBC Wealth Management and RBC Capital Markets. Mark is the SBA Los Angeles District Office – 2016 Financial Services Champion of the Year and the California Department of Insurance – 2018 Insurance Diversity Trailblazer. Mark is also Co-owner of Charles Jacobsen, Inc., an importer of antique furniture and accessories from Asia, which is a Certified LGBT Business Enterprise.

Mark currently serves the community as:

His experience as a business owner, a community leader, a diversity advocate, an industry representative and a commercial lender give him a unique perspective in all of his endeavors. 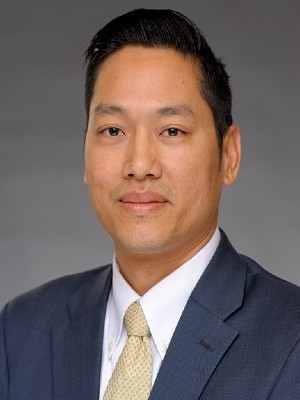 Wells Fargo & Company (NYSE: WFC) is a diversified, community-based financial services company with $1.9 trillion in assets. Wells Fargo’s vision is to satisfy our customers’ financial needs and help them succeed financially. Founded in 1852 and headquartered in San Francisco, Wells Fargo provides banking, investment and mortgage products and services, as well as consumer and commercial finance, through 8,050 locations, 13,000 ATMs, the internet (wellsfargo.com) and mobile banking, and has offices in 38 countries and territories to support customers who conduct business in the global economy. With approximately 265,000 team members, Wells Fargo serves one in three households in the United States. Wells Fargo & Company was ranked No. 26 on Fortune’s 2018 rankings of America’s largest corporations. News, insights and perspectives from Wells Fargo are also available at Wells Fargo Stories. Relevant military experience is considered for veterans and transitioning service men and women. Wells Fargo is an Affirmative Action and Equal Opportunity Employer, Minority/Female/Disabled/Veteran/Gender Identity/Sexual Orientation. © 2016 Wells Fargo Bank, N.A. All rights reserved. Member FDIC. 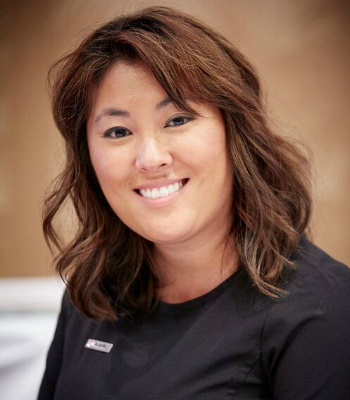 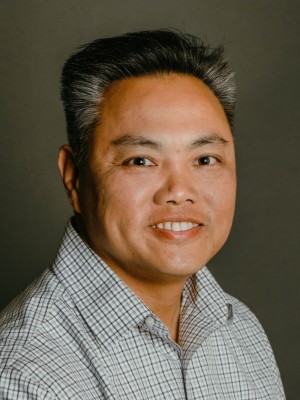 Don Han, Director of Operations, has been with OCHRC since 2001. Prior to becoming the Director of Operations, Don was the Hate Crime Prevention Program Coordinator who also responds to reported hate crimes and hate incidents in the county. In his time with OCHR Don has worked with the BRIDGES team. He has authored the agency‘s Hate Crime Report and provided Hate Crime training. Don serves on the Board of the California Association of Human Relations Organization (CAHRO), and was a former chair of GLSEN’s Orange County Chapter and a former Human Relations Commissioner for the City of Santa Ana. He earned a Sociology Degree from Cal State Fullerton, is a Certified Mediator, speaks Lao and Thai. 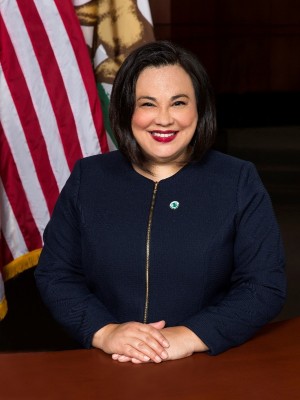 Tammy is a mother, a nonprofit leader, educator, community advocate, small-business owner, and former corporate executive who has lived, worked, and raised her son in Irvine for the past two decades. She was elected to City Council in November 2020 in a historic win, beating out 13 other candidates to take first place. She won her seat with more than 43,700 votes, the highest vote count for any City Council candidate in the City’s history.

Tammy currently represents the City of Irvine on the boards of the Southern California Association of Governments, Irvine Community Land Trust, Orange County Public Libraries, and the Orange County Mosquito and Vector Control, where she is part of the Policy & Personnel Committee. She also serves on the Board of Irvine’s Green Ribbon Committee and Irvine Child Care Project, and is on the liaison committee for Irvine Unified School District. 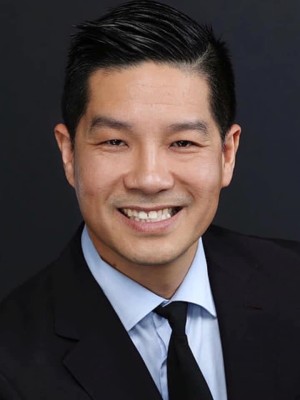 Community/Business Leader, Co-Founder of Nailing It for America

Mr. Nguyen has over 20 years of experience as a business, community, and philanthropic leader. Currently, Mr. Nguyen is the President & co-owner of Advance Beauty College with campuses in Garden Grove and Laguna Hills, in Orange County, California. Additionally, Mr. Nguyen teaches business management at California (Cal) State Fullerton University as a member of their faculty since 2016.

Tam lives and works in Little Saigon, Orange County. He and his wife have three children active in music and sports. 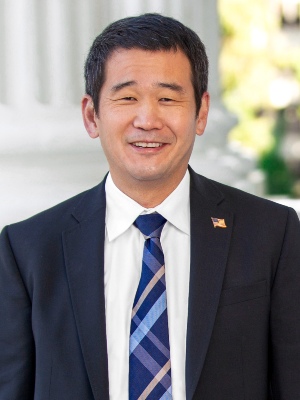 Dave is a native Californian who resides in Irvine with his wife, Jane Stoever, and their three young kids. Before joining the State Senate, Min was a law professor at UC Irvine, where he taught and researched in the area of business law. He is one of the country’s leading experts on banking and housing policy, and has testified six times before Congress on these issues. Jane is also a law professor at UC Irvine, where she teaches Family Law, runs the law school’s Domestic Violence Clinic, and is the founder and director of UCI’s Initiative to End Family Violence, one of the university’s signature programs that is working to develop interdisciplinary solutions to domestic violence and abuse.

During his time in Washington, DC, Dave helped to develop solutions to the subprime mortgage crisis, including several of the leading mortgage modification programs, and oversaw the development of the leading proposal on how to transition the mortgage financing companies Fannie Mae and Freddie Mac into a sustainable, equitable mortgage finance system of the future. Dave’s work has been featured in national media outlets such as the New York Times, the Wall Street Journal, the Washington Post, and the Los Angeles Times, and he has been a regular guest on TV and radio outlets including CNBC and NPR’s Marketplace. 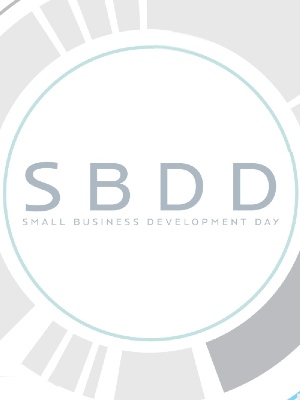 The FBI is a federal investigative and intelligence agency with jurisdiction in a wide range of federal crimes; national security matters such as terrorism and espionage; cyber/computer crimes and intrusions; and intelligence activities that relate to those missions. 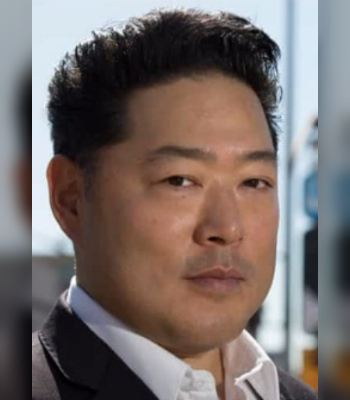