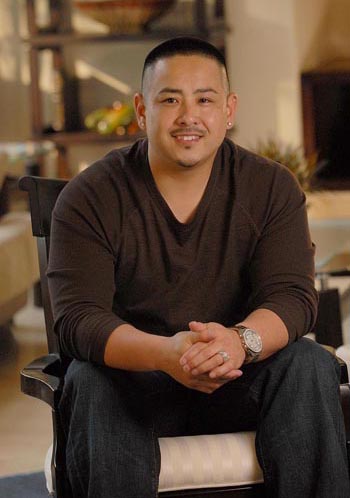 Myles Kovacs, 41, is a leading voice of the influential, trend-setting youth segment. Kovacs connects with young consumers through America’s influencers – entertainers, media, hot- product designers and mainstream corporations,. and through Creating a “DUB Revolution,” Kovacs’ has transformed the way businesses approach and succeed in reaching the youth market; and his cornerstone asset, DUB® Magazine., with a readership of more than 4.8 million trendsetters per year, has spawned an entire culture.

Kovacs has propelled DUB Publishing, Inc., and its family of companies into an annual $50 million-plus business. He has partnered with such organizations as Best Buy, Chrysler LLC, Energizer, Energizer, General Motors, Mattel, Microsoft, Mobil 1, NASCAR, Pepsi, Procter & Gamble and Wal-Mart, targeting the youth market and the “urban mindset” young-adult culture. to build buzz through celebrity affiliation.
Companies call on his leadership for products and innovations that connect with youth culture – possibly the most elusive demographic.
Pepsi found Kovacs’ business sense so compelling that it partnered with him on the Pepsi Free Ride promotion. DUB Magazine became one of the few companies ever to be co-branded on the Pepsi Bottle. OIn fact, over the two-year “Pepsi Free Ride” campaign the DUB logo and aftermarket wheel images wereas branded on more than 1.4 billion bottles of Pepsi, Mountain Dew and Sierra Mist, generating more than 7 billion impressions nationwide.

Newsweek named Kovacs one of the nation’s “10 Big Thinkers for Big Business in the 21st Century.” He’s been featured as one of Entrepreneur Magazine’s Top 25 Young Millionaires and The New York Times said, “When DUB talks, Detroit listens…” Even world-renowned David and Victoria Beckham had Myles and DUB Magazine design and build their personal customized vehicles when they came to America.

Kovacs and his wife, Cynthia, were featured on Fox television’s philanthropic reality show “Secret Millionaire” in December,December 2008. The couple spent time in the Watts district of Los Angeles and donated time and money to several local charities. The episode was Secret Millionaire’s highest-rated and the Kovacs’ appearance propelled the show to the time slot’s second-highest rating for the night. It was called “the surprise of the night,” attracting 7.18 million viewers and leading among those in the 18-to-34 and 18-49 age demographics. Following the appearance, online inquiries for DUB Magazine jumped to the No. 2 spot on Google Trends.

Born in a tough neighborhood of East Los Angeles, the Japanese-Hungarian Kovacs laid the groundwork for his distinctive publishing, music and automotive-styling enterprise. aAt 166, Kovacs had a humble start, working in an L.A. rim shop. At 18, he became a custom-wheel designer. and began promoting nightclubs.

With a passion for his community, Kovacs devotes considerable time to charitable organizations, such as Make-A-Wish Foundation, SEMA Cares, Child Help, Victory Junction Gang Camp, and Tony Hawk Foundation. He is a proud member of the Specialty Equipment Market Association (SEMA) and attended his first SEMA Show in 1991, making the 2009 Show his 18th SEMA Show. He frequently addresses automotive industry leaders, appearing as a featured speaker at such events as the Center For Automotive Research (CAR) Management Briefing Seminar.

With his wife Cynthia and their two children, Kovacs lives in California, spending any free time on his passion for motocross and classic cars.

Read more about Myles at http://www.myleskovacs.com/site/